An off-plan 5-bedroom apartment spanning 24,000 sq ft in Omniyat’s One Palm, worth AED74 million is the most expensive property sold so far in 2019, reveals Property Finder, the MENA region’s leading property portal. This type of Dubai Property News maintains the regions susteinability of prestige properties for sale. 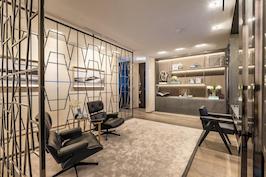 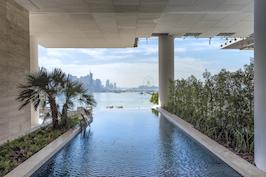 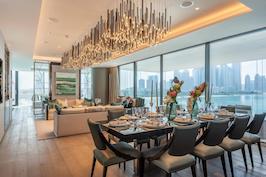 “As property prices decline, both in the secondary and off-plan markets coupled with motivated developers offering many different types of incentives, we are seeing more interest for luxury properties, especially from non-residents. In addition, we are also seeing an increase in enquiries for mortgages from non-residents,” says Lynnette Abad, Director of Research and Data, Property Finder.

Other properties that figured in the top 5 costliest property transactions in 2019 are a AED43.5 million 5-bedroom off-plan Il Primo apartment in Opera District, Downtown Dubai, and a AED43 million 4-bedroom off-plan apartment at the Royal Atlantis Resort & Residences.

"As property prices decline, both in the secondary and off-plan markets coupled with motivated developers offering many different types of incentives, we are seeing more interest for luxury properties"
Lynnette Abad, Director of Research & Data, Property Finder

Emaar’s Il Primo tower is witnessing good demand, with another 5-bedroom off-plan apartment fetching AED42.9 million. Apartments in this under-construction project with views of the Burj Khalifa and Dubai Fountain are seeing robust sales around the AED40 million mark.

Other communities seeing a lot of traction in super-luxury residential sales worth AED40 million and above are Emirates Hills (secondary market) and Bulgari Resort & Residences (off-plan) in Jumeirah Bay.

In the AED30 million club, there were two transactions so far in 2019: one worth AED32 million for a Polo Homes villa in Arabian Ranches and another worth AED33.6 million for a Palme Couture Residence, both in the secondary market.

Meanwhile other note worthy Dubai Property news, the Palm Jumeirah is the hub of most transactions in the AED20 million club. In the off-plan space, projects like The Alef Residences, XX11 Carat, Jumeirah Zabeel Saray and Bulgari Resort & Residences are fetching over AED20 million for an individual unit sale.

In the secondary market, villas on the Palm Jumeirah Fronds continue to dominate. The average transacted price of a Garden Homes villa on the Palm this year is AED11.18 million. This is 38% cheaper than the average transaction price (AED17.89 million) of these units in 2017, according to the Research and Data team at Property Finder.

“Properties which were once considered overpriced have become more attractive as prices declined, therefore we are seeing enquiries increase in the more established, prominent and popular areas,” adds Abad.